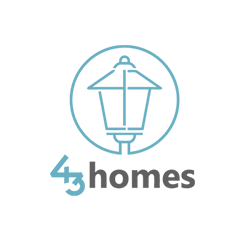 Columbus has garnered national attention for the strength of the region’s real estate market. Most recently, the National Association of Realtors named Columbus one of 10 metros across the nation expected to “outperform” the nation over the next three to five years. PricewaterhouseCoopers and the Urban Land Institute added Central Ohio to their lists of markets to watch in 2020 and Realtor.com ranked Columbus number 1 hottest real estate market as recently as March.

But what does it all mean? Buyers have found steep competition for homes over the last few years and, in short, the trend will likely continue for the foreseeable future. Data from Columbus Realtors also points to continued price increases, which will be driven by a shortage of available homes for sale. The number of homes newly listed for sale in November 2019 was two percent lower than November of 2018. The drop was more drastic (34.2 percent) when compared to just one month earlier October. These market factors drove up the median sale price of a home sold in central Ohio in 2019 to $210,000, That is 7.7 percent higher than 2018.

There is good news, though, that could ease the pain of higher prices. The average 30-year mortgage rate dropped by three quarters of a point to 3.93 percent at the close of 2019 according to BankRate.com. Greg McBride, CFA, Bankrate chief financial analyst, predicts mortgage rates will stay relatively stable around 4 percent in 2020.

Equal parts dog lover, real estate aficionado, social butterfly and music enthusiast. My idea of a good day is putting the pups in the car, turning up the tunes, sharing funny stories and looking at some houses. If this sounds like fun, let's start a journey that ends with a lifetime friendship and a new home for you. Contact Wayne at 614 439 6180

Am I Paying too Much for the House

Just this week, a client went up against 25 other prospective buyers for a home. That's right....

Most start the home buying process by searching for the home of their dreams. The time for this...

There's no need to recap 2020. We all know the story by now. But while the world suffered through a...

Am I Paying too Much for the House

Just this week, a client went...

Most start the home buying process...