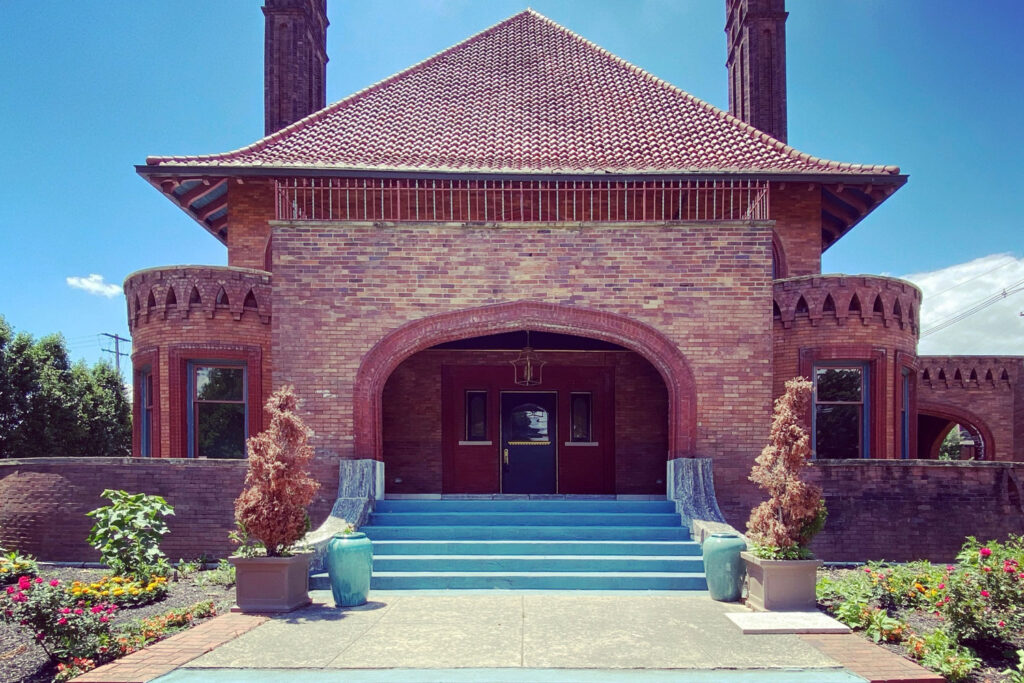 The famed Circus House, located at the corner of Dennison and Buttles Avenues in the Short North, is scheduled for its second auction on Wednesday, July 15th at 12:00 PM. The first occurred on July 15, but the minimum bid of $933,334 was not met. Barry Baker of Ohio Real Estate Auctions will administer the sale of the 7,414 square foot mansion. A buyer’s premium of ten percent of the final sales price will be due to the auction house at closing.

Built in 1895 and designed by Frank Packard, the home overlooks Goodale Park and features five bedroom, four baths, two half baths, a full basement, and a two-car detached garage. Weston Wolfe is the current owner of record. He paid $1,550,000 in December 2016.

View photos of the Circus house in its former grandeur

The Columbus Dispatch reported in February that the house was in a state of disrepair with much of the custom trim and details that made it distinctive having been ripped out. The report also indicated that the the property has been subject to vandalism at least one time while vacant.

Peter Sells of the Sells Brothers Circus commissioned Packard, a prominent architect of the time, to design the home. In addition to the “Circus House,” Packard also designed the porch for the home of President Warren G. Harding in Marion, Ohio . That porch became known as the home of the Front Porch Campaign of 1920.

During the late 1800’s, the Sells Brothers Circus was one of the largest, most successful shows of its kind in the country. It rivaled the Ringlings brothers and Barnum and Bailey, who eventually acquired the Sells Circus following Peter Sell’s death.

The latest developments are just another chapter in its long history. During the 122 years since the property was built, it has tenured organizations including the Fraternal Order of Police (1953-1959), the House of Hope for Alcoholics (1960-1961) and became a nursery school for 33 years(1963-1996) following a brief vacancy. In addition, it has housed seven residents in that time.